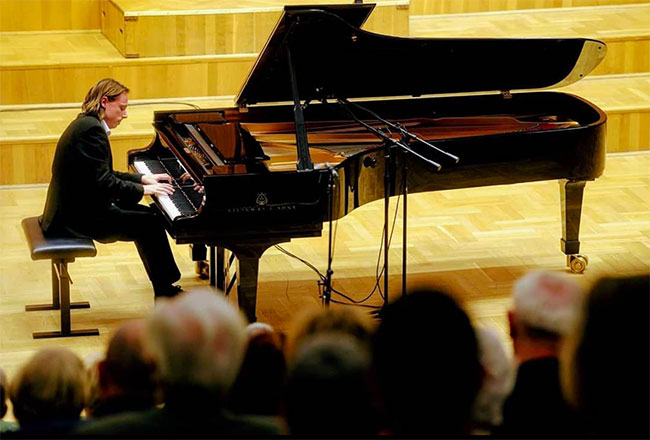 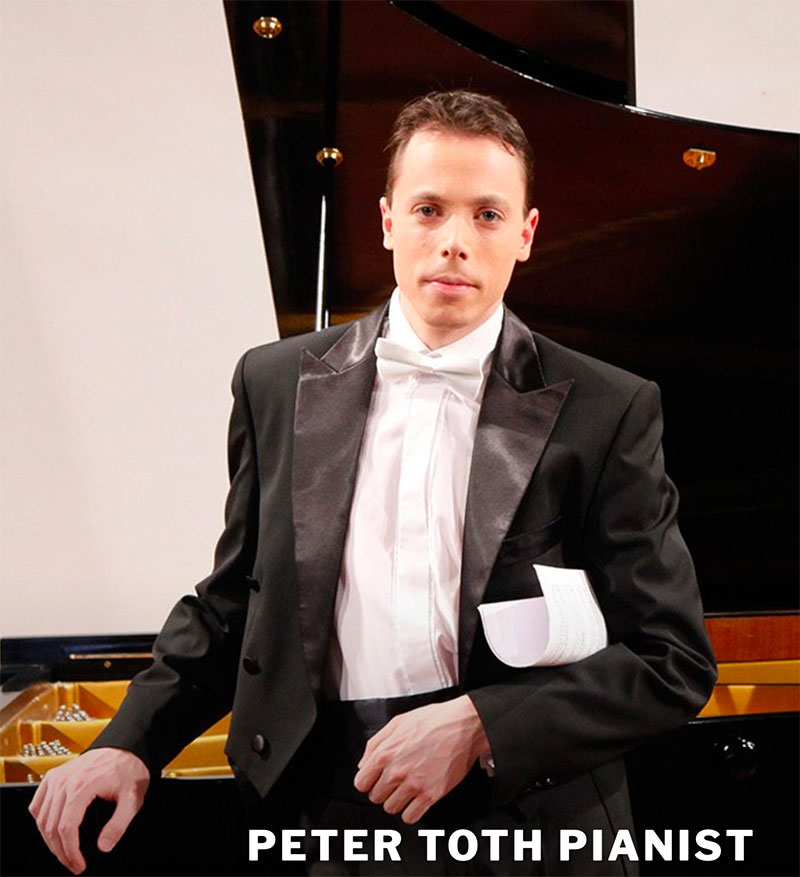 Hungarian pianist Péter Tóth has concertized in most countries in Europe, including Hungary, Austria, Slovakia, Germany, Russia, France, Holland, Spain, Italy and Switzerland. In addition, he performed in Japan, South Korea, Peru, Costa Rica, China, Australia and the United States. As a competitor, Dr. Tóth has won top prizes at numerous piano competitions, such as the American Paderewski Piano Competition (2013), the Franz Liszt International Piano and Voice Competition in Los Angeles (2010), and the Franz Liszt International Piano competitions in Budapest (2001) and Weimar (2000). His first released CD recording won the Grand Prize of the Hungarian Liszt Society (2006). He also won a special award for the best performance of a major romantic work by his outstanding interpretation of Brahms’s First Piano Sonata at the Southern Highland International Piano Competition in Australia (2011).

Dr. Tóth is a regular guest artist at various music festivals, such as the American Liszt Society Festival and the Festival Musique en Vallée du Tarn in France. In addition, he was invited to serve on the jury panel of the Franz Liszt International Piano and Voice Competition in Los Angeles (2014), and he also adjudicated at the Liszt-Garrison International Piano Competition in Baltimore in October, 2015. He has been member of the American Liszt Society since 2011 and is currently living in the United States, where he recently earned his Doctor of Musical Arts degree in piano performance at The University of Texas at Austin. In 2017, Dr. Tóth joined the piano faculty at Fairleigh Dickinson University in Madison, New Jersey.