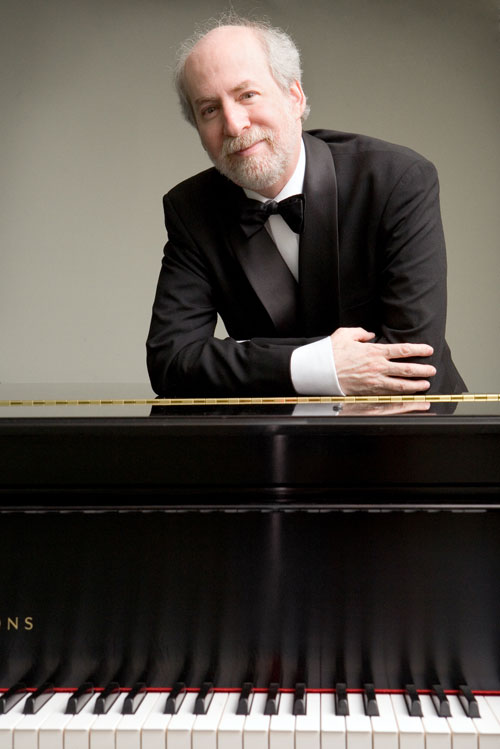 Hailed by England’s Musical Times for his “dazzlingly prodigious technique”, pianist Haskell Small has concertized with great success in major European capitals, South America, Japan and China, and has been enthusiastically received by American audiences in such venues as Carnegie Hall, the Kennedy Center, and the Spoleto Festival USA. The top semifinalist in the Johann Sebastian Bach International Piano Competition, Mr. Small has received numerous awards and has been featured in the nationally broadcast PBS special, “A Celebration of the Piano.”

Following in the tradition of 18th- and 19th-century pianist/composers, Haskell Small is also an accomplished composer, who often performs his own works. He has received commissions from such organizations as the Washington Ballet and the Paul Hill Chorale, and he was the winner of the 1999 Marin Ballet Dance Score Competition. From 2000 to 2003, he was composer-in-residence with the Mount Vernon Orchestra, during which time he produced three new orchestral works, including Fantasy of the Red-Eyed Creature, a collaboration with third-grade students who created the piece’s story. In 2005, Small completed Renoir’s Feast, a commission by the Phillips Collection to celebrate the return of their beloved painting, Luncheon of the Boating Party. It has subsequently been published by PeerMusic. And in 2007, the noted pianist Soheil Nasseri commissioned Small to write Lullaby of War, a setting of six war poems, which has since been performed in New York, Washington, several cities in Germany and Poland, and was released last year on Naxos Records.

Small has recorded a number of CDs, among them Federico Mompou’s Musica Callada, for MSR Classics (headlined “A Golden Silence” by the Washington Post), a Gershwin disc for Centaur, a Children’s CD with narrator Robert Aubry Davis for Ongaku, and a disk of his smaller chamber works and Bach’s Goldberg Variations, both for 4Tay. He is currently preparing a recording of the Bach Partitas and also a new disc of his (Small’s) piano solo music.

In recent seasons, he has played recitals in Japan, Paris and London and participated in the 2007 Festival of American Music in Poland and an American Music Festival in Iceland (2010), as well as premiered his new work The Rothko Room: Journeys in Silence last year at the Phillips Collection. Also this past year, as a recipient of a CuDC grant, Small participated in an “artistic blind date”, experimenting with improvisations in four performances at the Source Festival in downtown Washington, D.C.

In the next few years, Haskell Small will be furthering his fascination with music that is primarily quiet, spacious and of a mystical nature with a series of concerts in a number of cities that will feature solo and chamber works by himself and other composers. Performances have already been set in Washington, New York, San Francisco and at Houston’s Rothko Chapel. As a sample of Small’s playing in this milieu, click here to see his video on YouTube, which has already received over 40,000 viewings, of Arvo Pärt’s sublime Für Alina.

Haskell Small received his musical training at the San Francisco Conservatory and Carnegie-Mellon University, and has studied piano with Leon Fleisher, William Masselos, Harry Franklin, and Jeanne Behrend, and composition with Roland Leich and Vincent Persichetti. Currently he is the Piano Department Chair of the Washington Conservatory of Music.