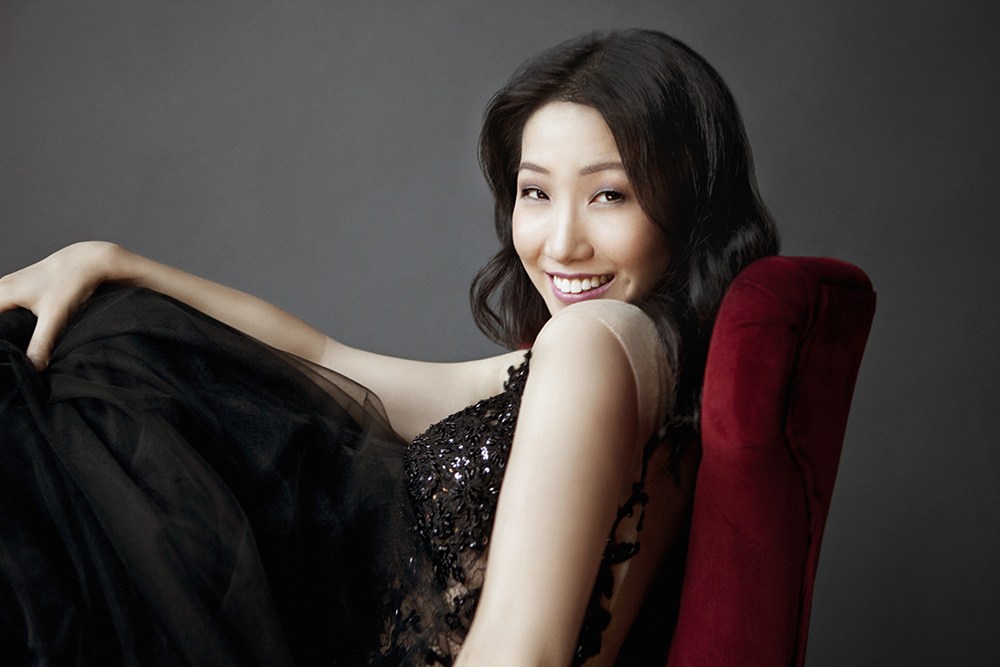 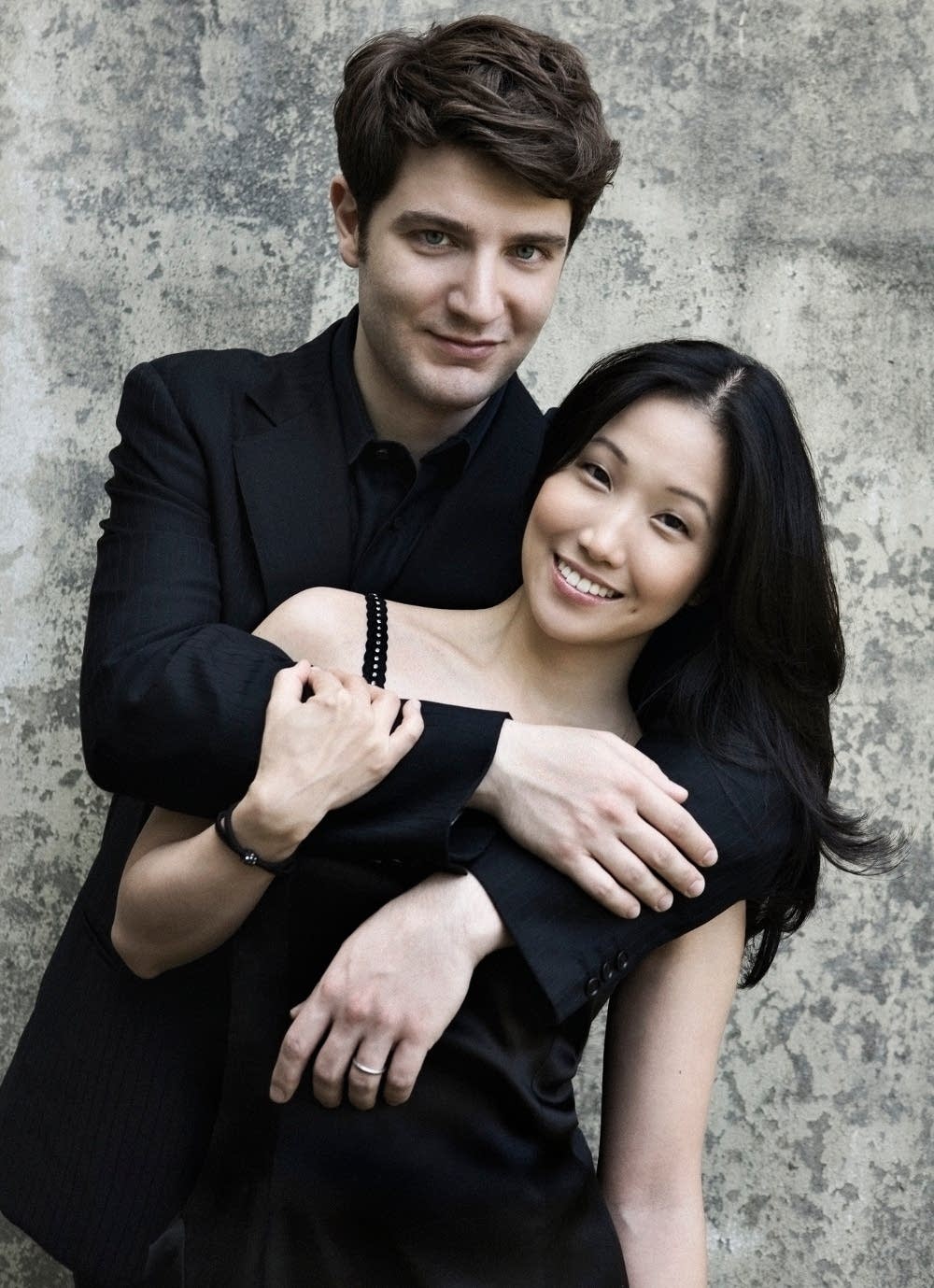 Combining exceptional lyricism and insight with consummate technique, Alessio Bax is without a doubt “among the most remarkable young pianists now before the public” (Gramophone). He catapulted to prominence with First Prize wins at both the Leeds and Hamamatsu International Piano Competitions, and is now a familiar face on five continents, not only as a recitalist and chamber musician, but also as a concerto soloist who has appeared with more than 100 orchestras, including the London, Royal, and St. Petersburg Philharmonic Orchestras, the Boston, Dallas, Sydney, and City of Birmingham Symphony Orchestras, and the NHK Symphony in Japan, collaborating with such eminent conductors as Marin Alsop, Vladimir Ashkenazy, Sir Andrew Davis, Sir Simon Rattle, Yuri Temirkanov, and Jaap van Zweden.

Bax explores many facets of his career in the 2019-20 season. Fall brings the release of Italian Inspirations, his eleventh recording for Signum Classics. Pairing works by Luigi Dallapiccola and Alessandro Marcello with Italian-themed pieces by Rachmaninov and Liszt, the album’s program is also the vehicle for Bax’s solo recital debut at New York’s 92nd Street Y. A further debut follows with the Milwaukee Symphony, where he plays Beethoven’s “Emperor” Concerto under Han-Na Chang, and the same composer’s Fourth Concerto and Choral Fantasy take him to the Santa Barbara Symphony. Placing especial focus on long-term collaborative projects, this season Bax undertakes Beethoven’s complete works for cello and piano at Chamber Music Society of Lincoln Center (CMS) and on a forthcoming Signum Classics release, both with Paul Watkins of the Emerson String Quartet; plays trios in Santiago and Rio de Janeiro with Berlin Philharmonic concertmaster Daishin Kashimoto and French horn virtuoso Radovan Vlatkovic; and embarks on multiple U.S. and European recital tours with superstar violinist Joshua Bell. After headlining the North Carolina Symphony’s season-opening concerts together, Bax and his regular piano partner, Lucille Chung, give duo recitals with CMS, at Atlanta’s Spivey Hall, in the Yale Piano Series, and at Sala São Paulo in Brazil. Bax rounds out the season with a full summer of festivals, highlighted by his third season as Artistic Director of Tuscany’s Incontri in Terra di Siena festival, which is fast becoming a major international destination for music-lovers.

Bax revisited the two concertos heard on Alessio Bax Plays Mozart for his recent debuts with the Boston and Melbourne Symphonies, both with Sir Andrew Davis, and with the Sydney Symphony, which he led himself from the keyboard. Other 2018-19 highlights include the pianist’s Auckland Philharmonia debut, concerts in Israel, a Japanese tour featuring dates with the Tokyo Symphony, U.S. collaborations with Miguel Harth-Bedoya and Edo de Waart, and two solo recitals marking his return to the prestigious Mozarteum Argentino series at Buenos Aires’s Teatro Colón. Recent seasons have also seen Bax make his solo recital debut at London’s Wigmore Hall, which aired live on BBC Radio 3, and give concerts at L.A.’s Disney Hall, Washington’s Kennedy Center, and New York’s Carnegie Hall. In 2009, he was awarded an Avery Fisher Career Grant, and four years later he received both the Andrew Wolf Chamber Music Award and the Lincoln Center Award for Emerging Artists.

Alessio Bax graduated with top honors at the record age of 14 from the conservatory of Bari, his hometown in Italy, where his teacher was Angela Montemurro. He studied in France with Francois-Joël Thiollier and attended the Chigiana Academy in Siena under Joaquín Achúcarro. In 1994 he moved to Dallas to continue his studies with Achúcarro at Southern Methodist University’s Meadows School of the Arts. In fall 2019, Bax joins the piano faculty of Boston’s New England Conservatory. A Steinway artist, he lives in New York City with Lucille Chung and their five-year-old daughter, Mila. Beyond the concert hall he is known for his longtime obsession with fine food; as a 2013 New York Times profile noted, he is not only notorious for hosting “epic” multi-course dinner parties, but often spends his intermissions dreaming of meals to come.

Born in Montréal, Canadian pianist Lucille Chung has been acclaimed for her “stylish and refined performances” by Gramophone magazine, “combining vigor and suppleness with natural eloquence and elegance” (Le Soir).

She made her debut at the age of ten with the Montréal Symphony Orchestra and Charles Dutoit subsequently invited her to be a featured soloist during the MSO Asian Tour in 1989. Since then, she has performed an extensive concerto repertoire with over 60 leading orchestras such as the Philadelphia Orchestra, Moscow Virtuosi, BBC National Orchestra of Wales, Flemish Radio Orchestra, Orquesta Sinfónica de Tenerífe, Staatskapelle Weimar, Philharmonie de Lorraine, Orchestra Sinfonica Siciliana, Belgrade Philharmonic, the Seoul Philharmonic, KBS Orchestra, New Jersey Symphony, Fort Worth Symphony, UNAM Philharmonic (Mexico), Israel Chamber Orchestra as well as all the major Canadian orchestras, including Montreal, Toronto, Vancouver, National Arts Centre (Ottawa), Calgary, Winnipeg and Metropolitain, among others. She has appeared with conductors such as Krzysztof Penderecki, Vladimir Spivakov, Yannick Nézet-Séguin, Peter Oundjian, Vasily Petrenko, Gerd Albrecht, and Charles Dutoit.

As a recitalist she has performed in over 30 countries in prestigious venues such as the Wigmore Hall in London, New York’s Carnegie Hall and Lincoln Center, the Kennedy Center and Phillips Collection in Washington, D.C., the Dame Myra Hess Series in Chicago, the Concertgebouw in Amsterdam, Madrid’s Auditorio Nacional, the Great Hall of the Franz Liszt Academy in Budapest, and the Palais des Beaux-Arts in Brussels. Festival appearances include the Verbier Festival in Switzerland, MDR Sommer Festival in Dresden, Lübecker Kammermusikfest, Santander International Festival in Spain where she premiered the 6 Piano Etudes of Israel Davíd Martínez, Felicja Blumental Festival in Israel, Montreal International Festival, Ottawa Chamber Festival, Vancouver MusicFest, Bard Music Festival in NY, International Keyboard Institute and Festival in NYC, ChangChun Festival in China, and the Bravissimo Festival in Guatemala.

She graduated from both the Curtis Institute of Music and the Juilliard School before she turned twenty. She decided to further her studies in London with Maria Curcio-Diamand, Schnabel’s last student, at the “Mozarteum” in Salzburg with Karl-Heinz Kämmerling and received the Konzertexam Diplom from the Hochschule “Franz Liszt” in Weimar, where she worked with the late Lazar Berman. She also graduated from the Accademia Pianistica in Imola, Italy with the honorary title of “Master” and most recently from the SMU Meadows School of the Arts under Joaquín Achúcarro, where she is now on the faculty. Ms. Chung is the recipient of the prestigious Honors Diploma at the Accademia Chigiana in Siena, Italy.

Lucille Chung has been hailed as “a considerable artist, admirable for her bold choice of music” by the Sunday Times for her recordings of the complete piano works by György Ligeti on the Dynamic label. The first volume was released in 2001 to great critical acclaim, receiving the maximum R10 from Répertoire in France, 5 Stars from the BBC Music Magazine, and 5 Stars on Fono Forum in Germany. The final volume, which also contains works for two pianos, was recorded with her husband, Alessio Bax and once again received the prestigious R10 from Répertoire. Her all-Scriabin CD won the “Best Instrumental Recording” prize at the 2003 Prelude Classical Awards in Holland as well as the coveted R10 Répertoire in France. She also recorded the two Mendelssohn Piano Concerti on the Richelieu/Radio-Canada label, which was nominated for the Prix Opus in Canada. In August 2005, she recorded Saint-Saëns’ Carnival of the Animals with the Fort Worth Symphony under Maestro Miguel Harth-Bedoya, which was released in 2006. In 2007 she also released a solo album for the Fazioli Concert Hall Series. Lucille has just signed an exclusive recording contract with Disques XXI-21/Universal and her first album featuring music by Saint-Saëns was released 2010 and an-Mozart album was released in March 2011.

Lucille is fluent in French, English, Korean, Italian, German, and Russian. She and husband, pianist Alessio Bax make their home in New York City and are artistic co-directors of the Dallas-based Joaquín Achúcarro Foundation.