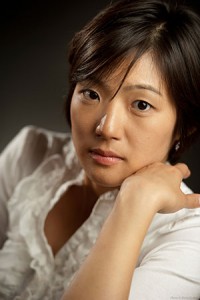 As an avid performer of the music of J. S. Bach and Leoš Janáček, Misuzu Tanaka has established herself as an artist of remarkable individuality with a rare combination of poetic sensitivity and breathtaking virtuosity. Recently hailed by critics as a pianist “…who dispatched everything with both dizzying speed and sensitivity”, she is the winner of many prestigious competitions including First Prize at the Poland Music Festival Competition and Second prize at the Joan and Daniel Rutenberg Chamber Music Competition.

An advocate of modern music, she collaborated with many prominent living composers and gave the World Premieres of works by Paul Moravec (Pulitzer Prize Winner), Alberto E. Colla, and Ivan Božičević. As an avid chamber musician, Ms. Tanaka has also collaborated with prominent artists including James Dunham (Cleveland Quartet), Robert Merfeld, Richard Faria, and members of the National Symphony Orchestra.

Ms. Tanaka studied piano at the Juilliard School with Martin Canin and Chamber music with Jacob Lateiner, Seymour Lipkin, and Robert Mann. She holds a Masters in Music and Doctor of Musical Arts degrees from the University of Michigan where she was full scholarship recipient studying with Dr. Logan Skelton.