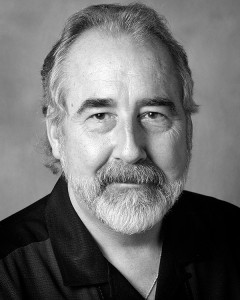 Daniel Greenbush is a classical pianist, former Music faculty of San Diego State University, music teacher and coach and Music Director for the Opera Theatre program. He also worked with the San Diego Repertory Theatre, Theatre in Old Town, the Old Globe, Starlight CLO, Moonlight Theatre, the AVO Theatre, Sledgehammer Theatre, Lamplighters, and Patio Playhouse, among others, earning the award for Musical Director of the year in 2003.

DACS Artistic & Executive Director John Orlando says Greenbush was recommended by a highly respected music critic. “His program, one of the most interesting and varied of any previous performer, includes what I think is Haydn’s most delightful sonata, plus a fascinating panoply of piano preludes by Shostakovich, Schubert, Liszt, Gershwin, Debussy and Rachmaninoff. What’s not to like? —this is a fabulous program performed by a consummate artist.”

In his visit for DACS Greenbush will also be performing piano for children in local schools with Santa Cruz pianist Lynn Kidder.  Kidder was awarded a Professional Development Grant this summer from the Cultural Council of Santa Cruz County to attend the Golandsky Institute Summer Symposium for piano technique at Princeton University.

“A fabulous program performed by a consummate artist.”